7 Most Successful Forex Traders in history 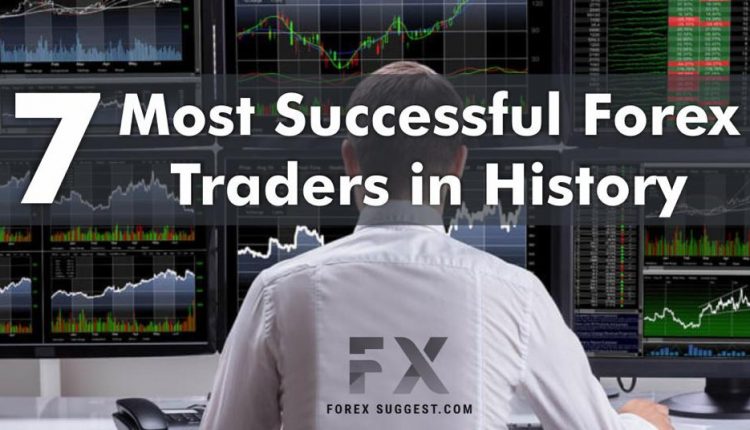 Most successful forex trader’s summary. Some of these traders are richer than some cities –  learn more about forex trading here.

Also known as the man who ‘broke the Bank of England’, George Soros saw his trading career skyrocket during the 90s when he bet against the British pound and generated more than $1 billion in profits.

He conducted his trades over a long period of time instead of utilizing a scalping, or any other day trading strategy. He instead explored a variety of forex trading strategies which led him to trade against the Pound and make his substantial profits.

Bill Lipschutz is the co-founder as well as former director of Hathersage Capital Management. While Lipschutz attended Cornell University, he received $12,000 worth of stock, which he inherited from his grandmother.

In his free time, he educated himself on the forex market and through this, he was able to increase his portfolio to around $250,000. During a training program at Salomon Brothers, Lipschutz joined their forex department and shortly after joining, he was making $300 million per year for the company.

As a young entrepreneur of 32-years old, Andrew Krieger had been spending time paying attention to currencies which rally against the dollar after facing what is known as the ‘Black Monday crash’.

Krieger took this opportunity to make substantial profits by taking up a short position against the New Zealand dollar, which helped him earn hundreds of millions of dollars which exceeded the total supply of the country.

Paul Tudor Jones built his career through substantial return on investments. In 2013, Jones bet a substantial amount of capital against the Japanese Yen and following the short-selling, he had close to a 20% return rate which landed him with the position as one of the riches forex traders in the world.

Ed Seykota was a successful trader during the 70s in addition t being the first to explore and implement the methods associated with trial, testing, and implementation of the most viable system.

He researched his trading systems using basic computers while employed at a brokerage house and made his millions through application of his systems and strategies.

Stanley Druckenmiller was a co-worker of George Soros who participated in the legendary Black Wednesday along with Soros. Druckenmiller attributes his success to his philosophy of preserving capital while chasing profits on good trades in an aggressive manner.

Druckenmiller is one of the most successful traders in the world who has a net worth of around $2 million in addition to an outstanding reputation for successfully managing the Duquesne Capital.

Michael Marcus learned all that he could from his mentor, Ed Seykota, and in his prime became the best and biggest forex trader in German marks.

He is also the founding member of the Commodities Corporation Company, and he is regarded as one of the best forex traders of his time by turning his initial investment of $30,000 into $80 million.